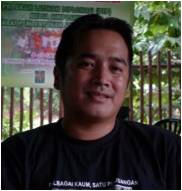 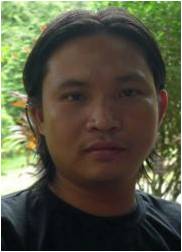 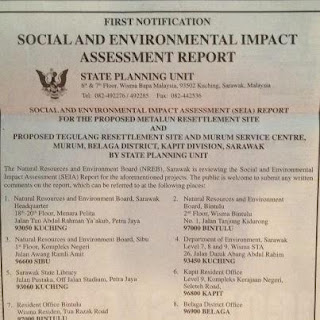 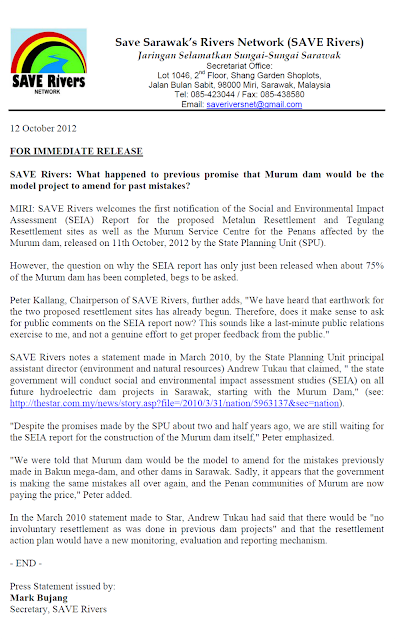 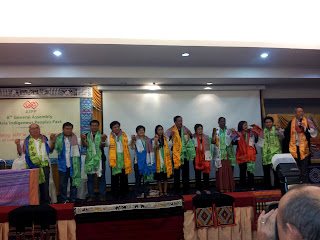 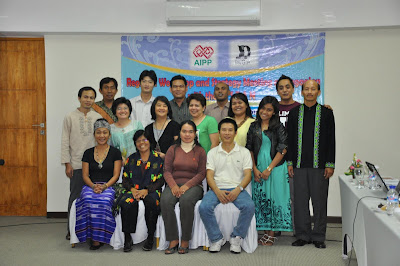 Amidst the current worldwide economic crisis and the growing resentment against the so-called corporate greed, representatives of civil society groups and indigenous communities expressed their concerns over the wanton disregard by big businesses of the human rights of indigenous peoples, migrant workers and other marginalized groups.

In a public forum on corporate social responsibility (CSR) held in Bali, Indonesia the participants said they were disappointed with how the multinational corporations were given almost free access by their own governments to take over their ancestral lands.

“Being highly dependent on resource extraction and exploitation for its economic development, majority of the ASEAN countries have directly taken over lands and resources of indigenous peoples and local communities or handed these over to corporations as concessions for mining, plantations, hydropower plants, and resorts,” said Bernice See of the Asia Indigenous Peoples Pact and Indigenous Peoples Task Force on ASEAN.

The participants also disparaged ASEAN’s vision of a Caring and Sharing Community by 2015 when they said this community seems to exclude the people whose lives, livelihoods, homelands, jobs and futures are being sacrificed for this vision.

“The plethora of cases of human rights violations against the collective rights of indigenous and the human rights of workers, local communities, farmers/peasant, and other marginalized sectors of society does not speak well of a caring and sharing community. Large sections of the ASEAN community bear the burden while the benefits are being enjoyed by a few big corporations,” Ms. See added.

It was agreed in the forum that the present CSR framework espoused and supported by ASEAN should be challenged. “It is of great concern to us that, based on the record of businesses and governments in the South East Asian region, CSR is being used to mask the ill effects of existing business practices in the region. Furthermore, it is also used to hide the collusion of private business interests and governments in the pursuit of profit and economic development,” stressed Corinna Lopa, Regional Coordinator of the South East Asian Committee for Advocacy and Co-Convener of the Solidarity for Asian Peoples Advocacy Working Group on ASEAN.

In her opening speech at the forum, Ms. Lopa also said that they want to see increased corporate accountability in the region, by both domestic and multi-national corporations. She said that greater regulation of the corporate sector by ASEAN member governments should be implemented in order to safeguard the rights of the peoples and communities. “We would like to see enhanced corporate regulatory frameworks in the ASEAN region to ensure the protection of the South East Asian peoples, communities and environment,” she said.

Some of the witnesses, who came from the affected communities in Thailand, Lao PDR, Cambodia, the Philippines and Indonesia, detailed the effects of development projects and abuses committed by the corporations against their peoples and communities

The Xayabouri Dam Project in the Mekong region:

• Will inundate approximately 2,130 people from 10 villages.

• Loss of agricultural and riverbank gardens,

• Changes to aquatic habitat and ecosystem of the river by blocking fish migration route to upper reaches.Up to 41 fish species would be at risk of extinction, including the critically endangered Giant Mekong Catfish. Impact to Cambodia’s great lake

• Impacts on agriculture resource and saline intrusion in Mekong delta

* Mine tailings containing dangerous chemicals caused various health problems to the people living near the area
* Several people who opposed the mining operation were beaten and killed. In October 2011, three people were shot dead in the Tanggul Timur Navaro area. The community believes that Freeport security personnel were responsible

* 2 economic land concessions (ELCs) over 7,000 hectares of indigenous territory in Bousra Commune have been granted to Socfin-KCD for 70 years
* Over 850 families, 90% of them belonging to the Bunong indigenous people face displacement
* The Bunong practice an animist religious belief system that involves the protection of spirit forests and burial grounds of their ancestors
* Destruction of these sacred sites impacts on their freedom to practice their religion which is part of their identity
* The Bunong people’ collective right to free prior and informed consent was not respected by the Government of Indonesia when it granted the ELC as inadequate information was shared, information was not shared in a language fully understood by the affected Bunong communities, and it did not follow the decision-making processes of the Bunong.

* The Vale Inco succeeded the mining concession of PT Inco which has taken over the settlement of the Karonsi’e Dongi of Sorowako, South Sulawesi
* More than 38 years of struggling to take back their land has not produced any sustainable solution to their problem
* The Suharto regime turned over their land to PT Inco without their free prior and informed consent
* The occupation of their ancestral land by PT Inco denies them the right as a people to maintain and strengthen their distinct political, legal, economic, social and cultural institutions.

There were other reported cases of violations of the collective rights and customary laws of indigenous peoples in the mining projects in the Zamboanga Peninsula in the Philippines and in North Maluku in Indonesia.

Towards the end of the forum, the participants said that they will not let ASEAN and the multinational corporations treat them as victims as they will continue to organize, cooperate and build their own capacities to push for the recognition of their rights and for ASEAN and big business respect these rights.

“There is something that we can do. It is us who will change the situation. It is in our power to change the tide against the exploitation of our resources in our territories,” said Joan Carling, Secretary General of the AIPP.

The forum is organized by the South East Asian Committee for Advocacy (SEACA), the Asia Indigenous Peoples Pact (AIPP) and the Institute for Essential Services Reform (IESR) for the Solidarity for Asian Peoples’ Advocacy (SAPA) Working Group on ASEAN, the SAPA Task Force on ASEAN and the Extractive Industries, and the Indigenous Peoples’ ASEAN Task Force.
Posted by Eleanor Goroh No comments:

We, the undersigned organizations, in conjunction with International mother tongue language day 21st February, call upon the government to strengthen mother tongue education by guaranteeing its unrestricted development and allocating equal resources for all schools. The government needs also to review the national cultural policy and national education policy to fully implement the multicultural policy in our multi-ethnic society.

The United Nations Educational, Scientific and Cultural Organization (UNESCO) had adopted 21st February as International mother tongue language day to commemorate the Bengali language movement which witnessed five students of University of Dhaka being killed in a protest against the imposition of Urdu as the sole national language policy on 21st February 1952.

We therefore urge the government to address the linguistic and cultural issues facing ethnic minorities and indigenous community in this country as follows :

1. Ensure unrestricted development and allocate equal resource for all schools – national schools, mother tongue schools and religious schools; the government should also give recognition to non formal education based on oral traditions of indigenous peoples

4. Initiate an enactment to introduce the system of “National Commissioner for Linguistic Minorities” to preserve and promote linguistic rights of ethnic minorities and indigenous groups. (India as a reference)

5. Ensure all movies, writings, performance and art products made in Malaysia are equally eligible to be ‘national movie / literature / performance / arts’ and enjoy the state’s cultural resources regardless of the languages and ethnic background.

6. To provide institutional protection for indigenous people's Native Customary Rights (NCR) and obtain the Free Prior Informed Consent (FPIC) from indigenous Peoples before any amendment of laws or approval of development projects that will affect their rights

7. To institute an ‘Ethnic Relations Council’ to address all race-based controversies and abolish institutionalized discriminatory practices against ethnic minorities and indigenous communities;
8. To revise the National Cultural Policy and National Education Policy to implement multiculturalism policy and cultural democracy.