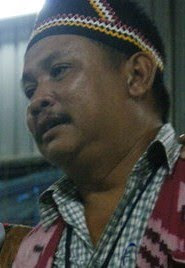 According to TAHABAS President, Romuald Siew, the statement from Dr. Rundi shows how the state government under the current Barisan Nasional regime is not sincere about respecting and recognising the native’s right to their customary land and resources and continue to make statements aimed to confuse the natives for their own selfish political agenda.

“The natives have tried time and time again to get the government to recognise and respect our NCR, but most of the time the government could not be bothered,” said Siew.

“We have tried all the possible official channels including writing numerous letters, petitions and memorandums to get the state government to solve our land disputes and to get recognition and respect for our NCR. Some communities even did direct actions such as erecting blockades on their land or demonstrating peacefully, but until today, the government either ignored us or dismissed our claims,” said Siew.

“Now, where can the poor community seek redress for their NCR land problems? Of course, they have no choice but to engage a lawyer in order to seek redress through the legal channel. It is time consuming and costly for the natives, but what choice do they have when the government not only refused to entertain their claims but keeps on arbitrarily issuing provisional leases to the big companies over their NCR land,” lamented Siew.

“If the government is sincere, as a start Dr. Rundi should first look at the document titled, ‘Composite Plan Showing Distribution of Farming Land in Suai-Niah-Sibuti’ and use that as a reference to gazette the communal land boundaries of NCR areas in the Suai-Niah-Sibuti areas,” said Siew. 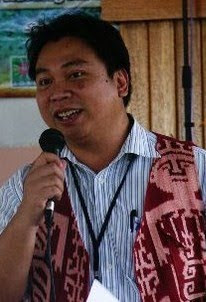 Mark Bujang, Executive Director of Borneo Resources Institute (BRIMAS), pointed out that in the Baram District, the Brooke and British Colonial Administrations had recorded the communal land boundary of the NCR lands of the longhouses there in the ‘Register of Land Boundaries’ kept in the District Office, Marudi until today.

Mark added that, “Since the Courts have already decided that the communal land boundary of the NCR lands of the natives is based on or defined by the ‘antara’ or ‘garis menoa’ of their longhouses, the government should therefore comply with the said decisions by the Courts and immediately conduct joint ground surveys with the natives to identify and then gazette the communal land boundary of their longhouses.”

On the Borneo Post dated 12 October 2010, Dr. Rundi was quoted saying that claims for NCR done through the courts would only benefit lawyers and that the best solution (for the natives) which involves minimal cost is to apply to the government (to get their NCR claims recognised).